In Western societies, confidence is valued. High self-esteem is considered a personal strength. In order to build confidence levels, we tell our children they are special.

And through schooling and sports, they learn they need to strive to be exceptional and that it’s not ok to be average. A child’s worth then begins to depend on excelling in a highly competitive environment, which hopes to ‘prepare them for the real world’.

But what happens when they fail to meet these standards? Different strategies come into play such as self-elevating by putting others down. Or, the child begins to internalise the influential voices they’ve heard and the inner-critic is born.

An Inner Cricket. In my mind’s eye, one of my inner critics is the most annoying bug of my childhood memories, the cricket. Sounds harmless, right? Not for me.

If you have ever lived in a neighbourhood that is also inhabited by crickets, you might relate to this. When crickets are outside and singing all together, their collective sounds denote night-time; it’s symphonic, almost. In fact, a group of crickets is called an orchestra.

But when one of them wanders away from its symphonic clan and into your house to ‘sing’, it is very difficult to ignore and, though its sound carries throughout the house, it can be near impossible to find. TWEEDLE. TWEEDLE. TWEEEEEEDLE.

In my youth, I remember sleepily searching every nook and cranny for what seemed like an eternity trying to find one of the dastardly little bugs. Now that I am grown and living in a city, my only experience of cricket song is metaphorical. Rather than the bug itself, it is its insistent judgmental tweedles that keep me awake at night.

All self-criticism has its own function, which can range from compassionate self-improvement to shame-based punishment. The inner critic doesn’t have to be one voice or one tone. Often our self-criticism changes tone depending on our mood.

In the below example, Elena describes the different tones of her inner critic. Elena’s description allows us to explore the functional and dysfunctional aspects of inner critics. Here is how they work.

‘Most days the cricket is around at least a little. But then some days, when it seems that I can’t do anything right, I tend to beat myself up. My inner critic demands to know, Why are you so clumsy? Forgetful? Insensitive? And then there are the darker times when I just can’t get out of bed in the morning.’

The Inner Cricket. The cricket can be likened to a well-meaning parent – nagging and inciting guilt to motivate us to be better. Elena decided to use my reference for her first tone. In her example, the inner cricket could be that self-corrective voice that also highlights her insecurities, points out where she fell short, and then bugged her to act. Elena said that 60% of her self-criticism was in this tone. ‘I can´t believe you got so drunk again before an early class! You are so irresponsible.’ 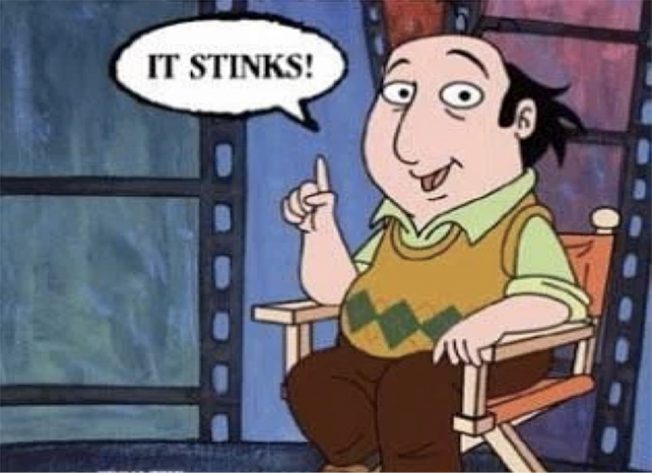 The Inner Critic. This tone is more shaming and less constructive. Elena sometimes uses it to snap her out of a distracted place. Or, if she is in a negative mood, it criticises parts of herself that she doesn’t like. 25% of Elena’s self-criticism. ‘You were so awkward talking to him. He is way too good for you. He will never call you.’

The Inner Bully. This hostile voice tells Elena that she is not good enough, not smart enough, just not enough. As soon as she is in a vulnerable situation, she shames herself further by criticising her behaviour. 10% of Elena’s self-criticism. ‘I am so fat and stupid. No one could ever love me.’

The Abuser. Though this angry, abusive voice happens the least to Elena, it is the most upsetting to her. She finds it hard to soothe herself during these dark times. 5% of Elena’s self-criticism.

The Damaging Effects of Self-criticism

Inner critics and bullies are often an internalisation of an overly critical person from our past (or present). These voices can serve to motivate us but too often this motivation comes with a price.

Professor Kristin Neff explains that when we are overly self-critical, our brain reacts similarly to when someone else criticises us. The brain releases a burst of stress hormones (such as cortisol and adrenaline). When we self-bully, we attack ourselves so we are both victim and aggressor which means we receive a double whammy of cortisol. Over time, excessive stress hormones damage both our mental and physical health (1).

The Abuser’s tone may be the most detrimental to us psychologically. Sometimes called the Dark Shadow in literature, this vicious voice deals out contempt, self-directed hostility, and self-loathing aimed at punishing us (2).

Dark Shadow’s abuse can be profoundly damaging over time. Shame-based rumination can both result from and be the cause of low self-esteem. Our bodies may eventually shut down as a result of stress, and conditions such as depression and anxiety can ensue.

3 Surprising Things You Might Not Know About Inner Bullies

Many of us try to reject or ignore our inner critics but suppression can have an intensifying effect, causing us to beat ourselves up for beating ourselves up.

2. Our inner bullies are trying to help us.
Psychologist Paul Gilbert points out, the Inner Bully and the Abuser both display anger. Anger is a protective response that has evolved over time. It is designed to defend us from threats, such as feeling vulnerable. Anger masks other emotions that make us feel unsafe: fear, sadness, guilt, and shame.

3. Our inner bullies are scared.
What is most often true about bullies and abusers is that they show anger because they are themselves scared. This is true in the outside world, and this is true in our heads.With this view of bullies in mind, Gilbert suggests a different – perhaps counterintuitive – way of addressing our inner critics.

A Surprising Way to Defuse Your Inner Critics

Often people think that if they got rid of their inner critic they would become self-indulgent, lazy, unhealthy, or terrible human beings who would end up in a heap on the sofa, pajama-clad, and friendless. Without the guilting and shaming, nothing would get done and we would never move forward.

To an extent, this is true. If we didn’t have some kind of internal value-driven voice guiding us and motivating us to do better, we might not learn from our mistakes, maintain our relationships, or get much done (3).

Addressing your inner critic is not about silencing crickets. As I mentioned before:

Your inner critic has been doing its job for a long time. It thinks it’s motivating us and protecting us, so it won’t give up easily.

Instead, we must learn how to add a more compassionate and constructive voice into the mix. Adding a more compassionate inner voice means talking to yourself like you would talk to a close friend, especially when you feel most weak or vulnerable. Often we don’t realise how hard we are on ourselves and we don’t think that we deserve the support that we give a close friend.

We can use this compassionate voice to counter our inner bullies and abusers. And even to show compassion towards them. For an excellent example of how compassion defused an Inner Abuser, read Indigo Daya’s (4) account in: Steps You Can Take Now to Defuse Your Inner Critic.

If creating a compassionate inner voice sounds unmanageable, psychotherapy might be the answer.

How Psychotherapy (and Monkey therapy) Helps You Defuse Your Inner Critic

The following are primarily based on my practice, which combines elements of Cognitive Behavioural and Compassion-Focused Therapies as well as Affective Neuroscience and Transactional Analysis. I practise these via Skype, which gives you the added bonus of accessing treatment without travel time, traffic, or waiting rooms from wherever you feel comfortable and safe.

Psychotherapy works by helping you:

Uncover underlying causes. Psychotherapy helps you discover the past experiences, underlying beliefs, thoughts, and emotions that are driving your inner critics.

Change self-defeating beliefs. Once we uncover them, psychotherapy helps you to challenge the negative beliefs and thinking patterns that are beating you down. And then it guides you toward replacing them with more realistic and healthy alternatives.

Break the habit. Our inner critic pops up when we are driving, washing dishes, or whenever we aren’t paying attention. It is automatic and it guides our actions without us realising it. In turn, our actions reinforce our negative beliefs.

Habitual self-talk such as, Don’t say anything in class, you will just sound stupid, makes us anxious and less capable of expressing ourselves. Psychotherapy teaches you how to recognise and break the self-critical habit.

Defuse its damaging impact. An overactive critical voice can stop us in our tracks. Negative self-talk such as, You are such an idiot. What is wrong with you?, can make us feel stuck, unable to change our situation or ourselves. We may end up feeling anxious, depressed, angry or hopeless as a result.

Psychotherapy addresses the psychological issues that occur because of our inner critic. Read more about how treatment helps these issues: Anxiety, Depression, Stuck, Stressed.

Build alternative inner voices that are compassionate, supportive, and empowering. Your inner critical voice is a guide that is trying to serve you in some way. Albeit misguided, it may be trying to motivate you, trying to protect you, or trying to punish you. Psychotherapy helps you develop a healthier, more useful and supportive replacement. One that actually accomplishes the goals that the self-punishing voice fails to: guidance, safety, and motivation.